During these days, projections were known that put the metal above US $ 6, however, there is still caution in the local industry for what is to come in the next few years.

The price of copper rebounded after a few weeks in which it stagnated near the barrier of US $ 4. Yesterday it registered a rise of 1.96%, which led the metal to trade at US $ 4.16, with which accumulates an increase of 18% so far this year and exhibits an average value of US $ 3.88 per pound in 2021. The advance is explained by the better prospects that exist in the market, with news coming from the major powers that show a better performance, leaving behind some economic effects of the pandemic.

“The market had been a bit stagnant, but we have to see if this is timely or not. However, it is being rumored that a Chinese province is going to tighten the production standards of aluminum, but what people think is that it could be extended to other metals and other regions of China, which could reduce the supply ”, explains the director Plusmining executive, Juan Carlos Guajardo.

“The United States presented a series of macroeconomic data, including the Philadelphia Fed Manufacturing PMI, which registered a significant increase. This data far exceeded expectations, but the most important thing was that it was over 50 points, which indicates that it began to expand, something that had not happened since the beginning of the pandemic, “added the head of analysis of XTB Latam , José Raúl Godoy.

During the last few days, different estimates have been known that ensure that the price of the mineral could even exceed US $ 6 per pound, as a result of the significant demand that is expected in this decade, among other factors, due to the boom in electromobility and renewable energies, which use a greater amount of copper. In this scenario, Guajardo puts cold cloths on and calls for caution, since, in his opinion, due to the pressure that exists to have a greater production, disruptive changes could be generated.

“These changes could be quite revolutionary, and beyond automation or robotization, they could go hand in hand with powerful metallurgical modifications when processing copper. Hydrometallurgy is going to gain more and more space, making it possible to process minerals of different types and of lower grade, and nobody is putting that into the equation. It implies that more copper could be produced with these improvements that could be important for the balance of the market, ”he explains.

Mining takes place in the areas with the best grades of the deposits, which are precisely the smallest, so making the processing of sectors with less copper quantity profitable could open the door to access important mineral reserves. 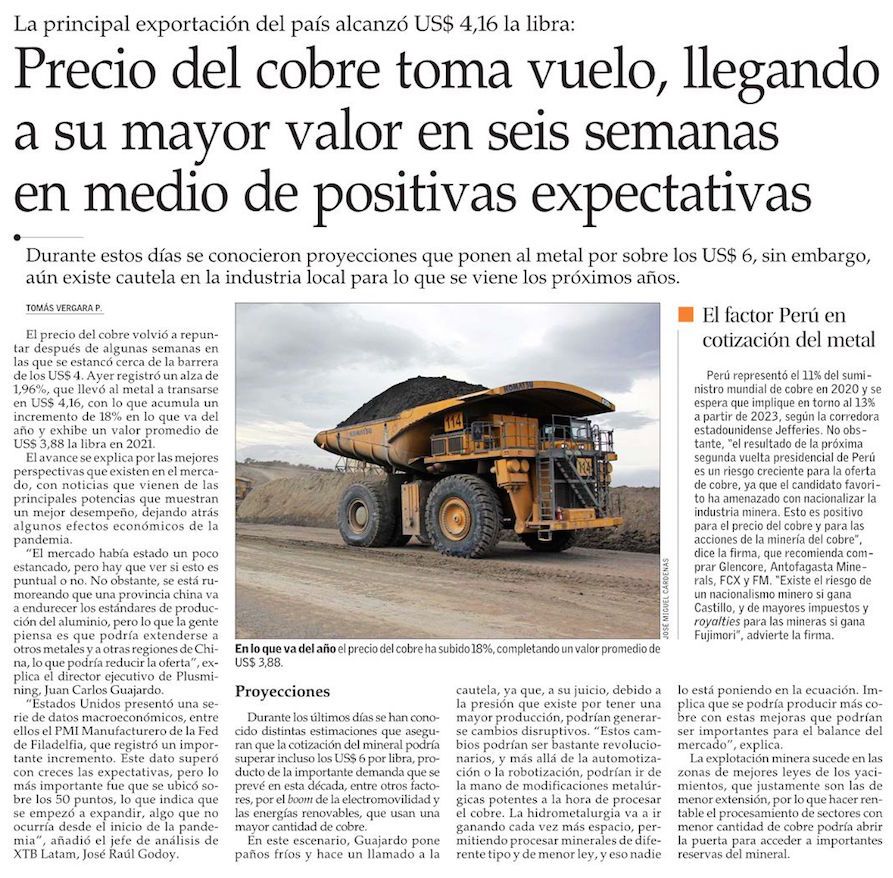